Important Shopify Statistics For Marketers Must Go Through. Facts, Stats, Revenue, And More.

When it comes to the topic of E-Commerce, the 3rd most popular platform that comes to our mind is Shopify after Woocommerce and Squarespace Online Store. Over hundreds of Shopify Themes are available on this platform such as Konversion Shopify, Debutify Theme, and so on. More merchants are increasing day by day. In 2012, there were 41,000 merchants and in 2020 it was 1,749,000. In 2020, Over 457 million people bought from Shopify stores. There are around 7000 apps available for download in Shopify.

Some Facts About Shopify We Should Know

What Is Global Ecommerce?

Global E-commerce is the business concept of selling products and services all over the internet to buyers who live in other countries. Everyone can access and buy it.

There are a few companies that are growing, including the COVID-19 pandemic situation. If you check the Shopify Statistics then you can notice that it is becoming larger day by day.

How Big Is Shopify or How Many Stores Are There in Shopify in 2022?

Shopify Statistics Of Growth And Revenue In 2019

Shopify Is Covered Nearly 11% of the E-commerce Market

Shopify comes after Woocommerce and Squarespace Online Stores where they cover 28.24% and 17.69% but Shopify covers 10.98%.

Roundabout 175 countries using Shopify. Big brands such as Pepsi, Staples, and so on are in partnership.

Shoppers are increasing in Shopify to buy Shopify merchants. Merchants have grown by 52% between 2019 to 2020.

$319 Billion Has Been Contributed by Shopify In Global Economic Activity

In March of 2022, $319 billion had been donated by this platform to millions of businesses.

Sales have increased by half in 2019 and more than 21% by Global Ecommerce Market using Shopify.

More Than 50% Of Shopify Merchants Get Repeat Subscription

If customers find interest in it they buy it again and again. Most of the shoppers buy 3.8 times from the same store. Statistics show that most of the merchants are satisfied and they are purchasing from Shopify.

42,200 Partners Referred A Merchant To Shopify In the Last Year

Retail, Apparel And Fashion And Computer Software Are The 3 Biggest Industries On Shopify

Retail(17%), Apparel and Fashion(11%), and Computer Software(6%) are the biggest industries on Shopify after that IT, Marketing, Cosmetics, and Wholesale are the common industries.

The US, The UK And Canada Are The Top Three Countries Who Use Shopify

The US is the first country followed by the UK and Canada who use Shopify, after that Australia, France, India, Denmark, and so on.

79% traffic comes from Mobile In Shopify

69% Order From Shopify Comes Through Mobile

Most of the users use mobile so it is obvious to say that 69% that is the majority of the orders come through mobile.

87% Of The Merchants Use Shopify To Run Ecommerce Business

It is being expanded in the Shopify platform for most of the merchants to run their eCommerce business.

It is true that most of the users use 3D images for their conversion rather than regular images. Statistics show that 250% conversion using 3D images.

Other Interesting Shopify Statistical Facts You should know

How Many Shopify Stores Are There?

How Many Shopify Users Are There?

Over 2,297 million are there who use Shopify.

How many successful stores are there on Shopify ?

There are so many success stories with Shopify who are entrepreneurs and getting success. The current GMV of Shopify is $400 Billion.

How Much Money Can Be Made From Shopify?

If your product is good and there is a huge amount of traffic then you can make from $100 to $100,000 per month. If there is some bad traffic and other stuff then it can act on your revenue.

Top Companies Who Use Shopify?

There are so many companies who trust Shopify and use it. Like Pepsi, The New York Times, KKW Beauty, Kylie Cosmetics, Budweiser, Fitbit, and so on.

How Many Employees Work At Shopify?

7000+ Employees are working at Shopify.

In the end, this is all about Shopify Statistics. It is the umbrella in the heavy rain where millions of people are taking shelter. GMV and MRR are increasing year over year. Although it is still growing so it is the 3rd topmost platform after Woocommerce and Squarespace Online store. Still, millions of people trust it and purchase this again and again. So it is worth buying to build your eCommerce site. Many large brands use this platform for their official website.

📌 Let’s get friends. Please Join Us On Social Media.

Report: Indian SaaS Companies Are On Track To Generate Over $30 Billion In Revenue By 2025.

A few links on this blog are affiliate links. If you purchase a product or service through one of these affiliate links, We’ll receive a commission at no additional cost to you.

Rest assured, We recommend only those tools that we personally use, test, and genuinely trust. Read our earning disclaimer for more. If you have any questions, please contact us.

Join Our Free FB Group For Any SaaS Related Discussions. 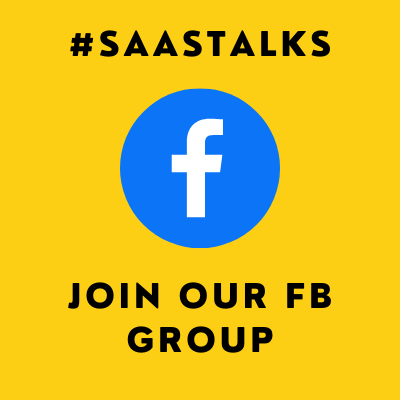 RebelLink is a comprehensive software/product review site where we tend to review each and every software/product that is upcoming or already exists in the market to provide an overview of what a software comes packed with or capabilities it possesses. We have a team of experts that works in tandem to test various software ourselves and then provide an honest and detailed review based on the results. Read more about RebelLink here.